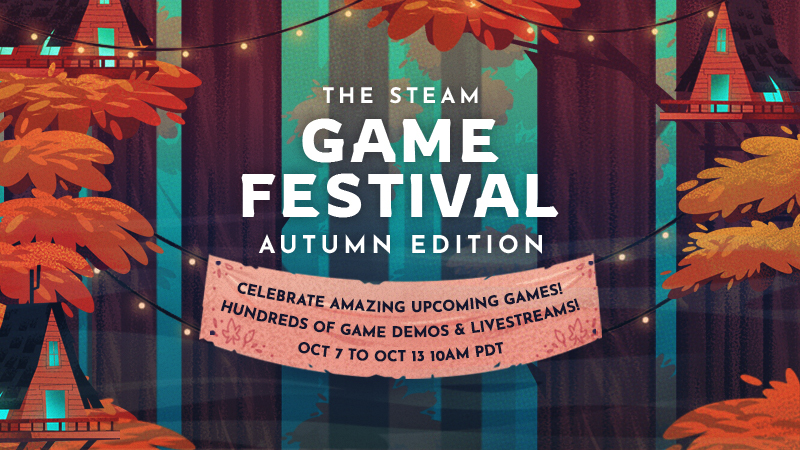 The Steam Game Festival: Autumn Edition On Now
From October 7th to Oct 13th at 10am PDT, the Steam Game Festival will showcase upcoming games across every genre from developers in dozens of countries. Fans will have a chance to try out new projects from first-time devs and veteran developers alike, including the opportunity to be among the first to demo some of the most highly anticipated games releasing in the next six months.
https://store.steampowered.com/sale/steamgamefestival